Organs-on-a-Chip Revolution: Standing Tall on the Shoulder of Giants

Drug discovery is a lengthy and costly endeavor. In fact, the cost of drug development has been rising year after year as a result of a lack of physiological models that can accurately predict the effect of a drug in humans. Therefore, risky drugs may enter human clinical trials while promising drugs might be eliminated at early stages; both scenarios lead to a sizable financial loss. Organ-on-a-chip devices have emerged to combat this, and are poised to fill this gap where the conventional cell-based assays and animal testing fail1,2. These technologies build on sophisticated microfluidic systems to culture human cells in a precisely controlled microenvironment to coordinate cells to work together and to recapitulate organ-level function that would otherwise be difficult to mimic in a traditional monolayer culture environment. The ultimate goal is to accurately model human physiology for precision drug testing. 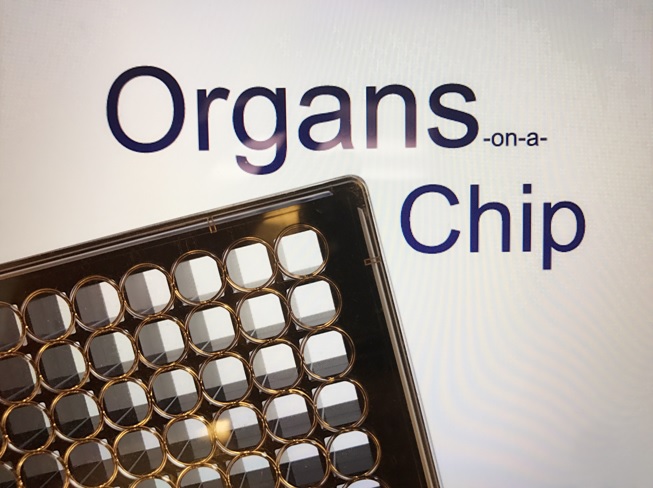 In the past seven years, various organs-on-a-chip systems have emerged, and all have promised to achieve this goal1. Scientific validation of these devices is obviously important. However, since ultimately these devices are products that will reside in the hands of non-experts, their commercial success will depend on their usability3. We often approach a problem from the perspective closest to our expertise, hence the saying “when you have a hammer, all your problems look like nails.” In this case, because the field of organs-on-a-chip first emerged from the field of microfluidics, the solution to this problem often tends to be a microfluidic solution. Unfortunately, the pharmaceutical industry has long adopted an entirely different process for liquid handling that relies heavily on multi-well plates and multi-channel pipetting. In fact, microfluidic devices that utilize closed fluid circuits and external pumps go against every inherent norm of the existing drug discovery infrastructure.

To innovate is not to reinvent. Surprisingly, the tendency to look for the simplest solution is not inherent in our nature. Forcing ourselves to always search for the simplistic solution actually requires lazy engineering (see Simon Bisson’s article “Why the smart engineer is a lazy engineer”). More importantly, it is important to realize that the users also enjoy lazy engineering as they prefer to minimize change and effort to adoption. In the development of organs-on-a-chip devices, we have learned a lot about the various critical environmental factors that are important to cell functions. Building on this scientific knowledge, could we enhance the existing drug discovery process by introducing a product that could tap into the existing infrastructure in the pharmaceutical industry? After all, to stand tall is to stand on the shoulder of giants.

Boyang Zhang is an Assistant Professor in the Department of Chemical Engineering at McMaster University. He is also a co-founder of TARA Biosystems. Dr. Zhang obtained his B.Eng. in Chemical and Biomolecular Engineering from Georgia Institute of Technology in 2010, and his Ph.D. in Chemical Engineering and Applied Chemistry from University of Toronto in 2016. Dr. Zhang’s research interests are tissue vascularization, tissue assembly and organs-on-a-chip engineering. He utilizes microfabrication techniques in combination with biomaterials to build complex tissue models in vitro for drug discovery and regenerative medicine.